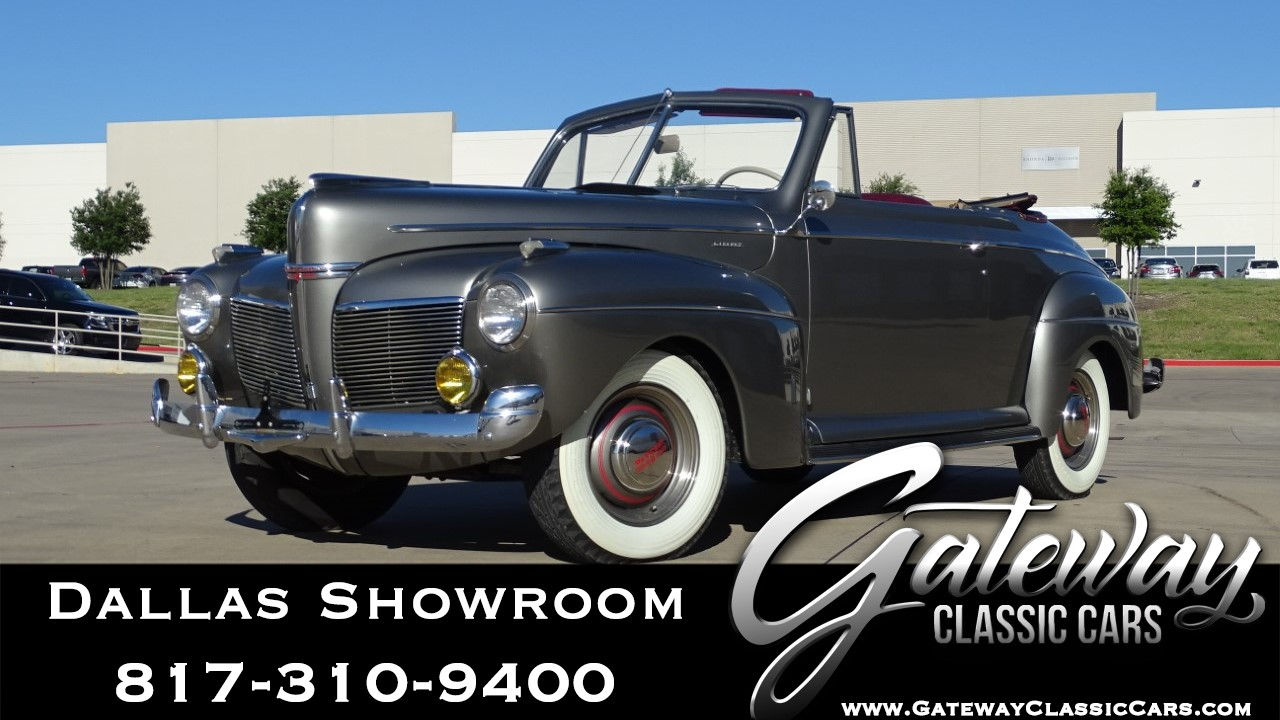 Gateway Classic Cars Dallas is proud to present a Fully Frame off restored award show winning 1941 Mercury Eight 19A Convertible. Just two years after its debut, Mercury was doing its job as the bridge between the entry-level Ford and the upper crust Lincoln-Zephyr.

Finished in a Striking Silver, the droptop's paint and trim are in overall very good order. The Black, folding canvas top is in very good shape, the engine bay is tidy, the cargo area with the full-size spare tire is in very good order and the chrome bumpers look great. the car has a driver's side spotlight.

This convertible rolls on wide whitewall tires topped with factory wheel covers. The tires and wheel covers are in overall very good order.

Under the hood is Mercury's 239 CID Flathead V-8 with original running gear, Backing up this motor are a three-speed manual transmission and a 3.54:1 rear end.

Inside is red seats with white trim are in overall great condition, as is the carpet and white, two-spoke steering wheel. The metal instrument panel and inner door liners are in order. The factory AM radio at the top of the dash accents the interior well and has been internally upgraded to AM and FM with a better speaker.

The 1941 Mercury Eight got all-new styling and some engineering improvements. The Mercury now shared its bodyshell with Ford, probably to lower Mercury production costs. Mercury's wheelbase was expanded by two to 118 inches. There were many chassis refinements, including improved spring lengths, rates, and deflections, plus changes in shackling, shocks, and an improved stabilizer bar, but the old-fashioned transverse springs were still used.

The new body featured door bottoms that flared out over the running boards, allowing for wider seats and interiors. The car had two inches more headroom, two-piece front fenders (three-piece at first), and more glass area. The front pillars were made slimmer and the windshield was widened, deepened, and angled more steeply. Parking lights were separate and set atop the fenders for greater visibility. Headlight bezels were redesigned. In all closed Mercurys the rear-quarter windows opened out. Front vent wings were now crank-operated, and enclosed, cars the ventilation wing support bars rolled down with the windows.

The four-door convertible, offered in 1940, was gone, but a station wagon was added. The Woodie wagon's body behind the engine cowl was identical to Ford's and produced at the company's Iron Mountain plant in Michigan's Upper Peninsula. The “Eight" script was moved to the rear of the hood. 90,556 Mercury Eights were sold in the 1941 model year.

Pre-World War II car fans, those who favor Mercurys over Ford or collectors who like something seldom seen should visit Gateway Classic Cars Dallas to review this Mercury Eight Convertible. Like the Roman god for which the marque is named, we predict this car won't linger long.

Current mileage on the odometer shows 7954 miles, which is since full frame off restoration. It is sold as-is, where is, on a clean and clear, mileage exempt title. GET OUT AND DRIVE!!! 817-310-9400 Dallas@GatewayClassicCars.com

This vehicle has been viewed 4,351 times 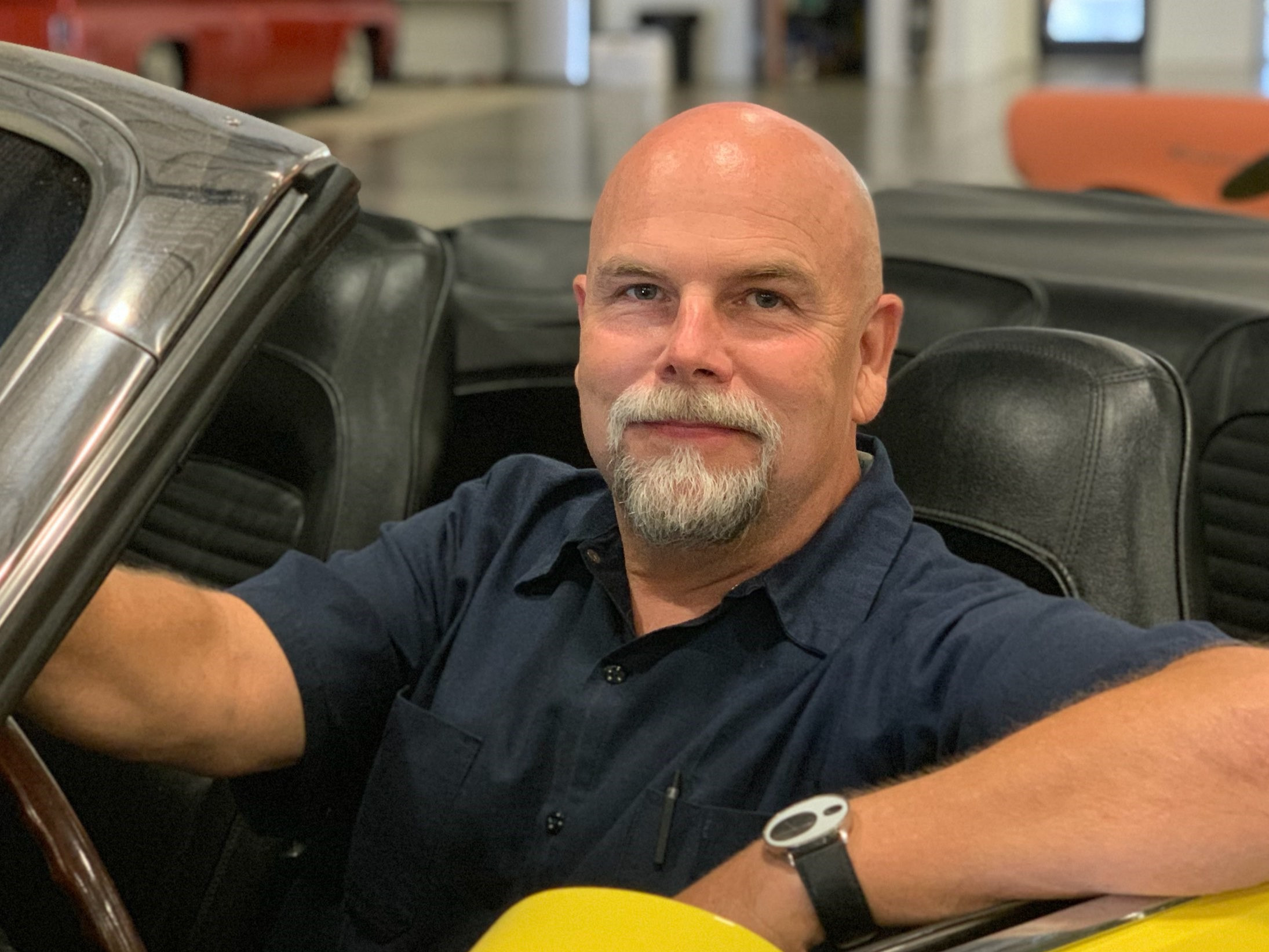 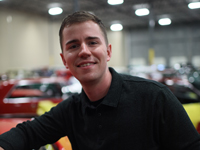 This Vehicle and Any Vehicle containing an “R” after its inventory number is no longer on the showroom floor, was returned to its owner, may have been modified from the description contained on this site, and is no longer available for sale at this time. The owner has authorized Gateway to continue to display the Vehicle and Gateway will contact the owner about its availability for sale by consignment if any potential buyer is interested in the Vehicle.