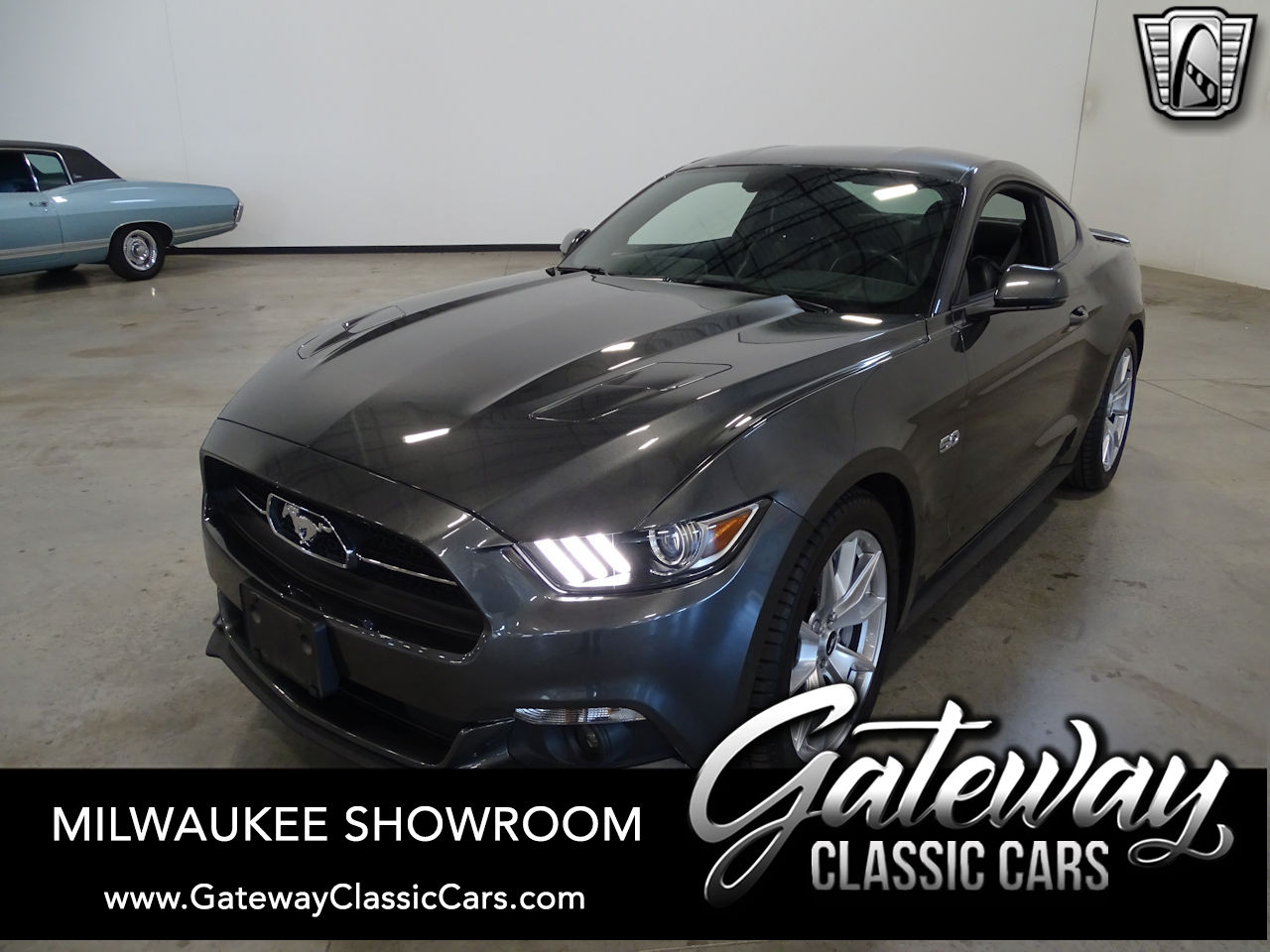 Gateway Classic Cars of Milwaukee presents this stunning 2015 Ford Mustang GT 50th Anniversary car. Few cars spark the excitement and longevity as the Ford Mustang. Starting mid-year for the 1964 model year and having its triumphant debut at the 1964 New York World's Fair in Queens New York, the Mustang was the car that was in the right place at the right time. Never had a car been geared towards the youth market and really having a deep focus on the young professional women that had joining the work force in large numbers after World War II. With its stylish good looks, the long hood, short deck design was available in 3 body styles (Hardtop, fastback, and convertible) many engine and transmission options and an instant buzz, the Mustang was an immediate success. Ford built it's 1 millionth Mustang within 2 years of its original debut and over the past 56 years more than 10 million Mustangs have been built and sold all over the world! The Mustang was not only a sales success for Ford, but it quickly captured the psyche of American pop culture. The Mustang could be seen in movies like Goldfinger and Bullitt and there were even songs written about the Mustang, Wilson Pickett's “Mustang Sally" and Otis Redding's “Tramp" both pay homage to the automobile. Ford really found themselves with a smash hit on their hands with the Mustang and ultimately sparked an entirely new subgenre of car: The Pony Car. By the 1968 almost every American auto manufacturer was offering a competitor to the Mustang, cars like the Javelin, Firebird, AMX, Camaro and Cougar were all developed to compete with the phenom that is the Ford Mustang. The popularity of the Mustang is so overwhelming that a documentary of the car was made in 2015 called “A Faster Horse" the explains the history of the Mustang and the development process of the 6th generation Mustang.

Take the wheel of a piece of automotive history and an American icon in this stunning 2015 Mustang, available from Gateway Classic Cars of Milwaukee!

This vehicle has been viewed 940 times 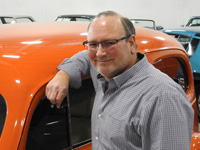 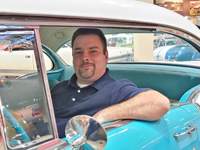 All finalized transactions will have additional charges if applicable which may include the following: sales tax, title fees, license & registration fees, and other additional government or licensing agency charges to register the vehicle. The purchaser is responsible for these charges. The advertised price includes a service fee of $397.63.