Request a Live Video Presentation Of This Vehicle - Click to Call Now!

he arrival of the 1974 Chevy Corvette occurred during an abysmal period in automotive history. Gas prices had soared, and massive fuel shortages had occurred, leaving motorists waiting in long lines at the pumps. In some instances, gasoline was actually rationed, especially in more densely populated areas. In many ways, the 1974 Corvette would represent the end of an era. Perhaps because of the embargo, and certainly a byproduct of it, The 1974 model would be the last year to be offered with an optional big-block 454 cubic inch V-8 engine. Additionally, all future engines offered with the Corvette would only run on unleaded gasoline – a decision would come in conjunction with the industry-wide requirement to install catalytic converters in every 1975 (and later) model. For its own part, the 1974 Corvette required 91-octane leaded or low-lead fuel.

Cosmetically, the 1974 Corvette received a new body-color rear-end treatment that was made to comply with a new, Federally imposed five-mile-per-hour impact standard.

Sheathed in urethane like the 1973‘s front-bumper revision, the skin actually covered an aluminum impact bar that was mounted to the Corvette’s chassis by two telescopic brackets.

The new rear bumper conveyed a smoother, more integrated look, and while it tapered downward instead of upward (as the previous Kammtype rear end had done), it did not harm the car’s aerodynamics. The urethane plastic skin had built in recesses for the license plate and the taillights, and was actually assemble of two main sections that were divided by a vertical, center seam. This detail is unique to the 1974 model year and makes it easy to identify.

Mechanically, a handful of improvements were made to the car. The standard RPO ZQ3 engine’s output increased slightly from the previous model year to 195 horsepower.

The market’s growing preference for performance automatic transmissions resulted in a more durable Turbo Hydra-Matic. Designated by RPO M40, the transmission was no-cost upgrade to consumers and was installed in nearly two-thirds of all the Corvettes built that year.

The radiator was redesigned for more efficient cooling at low speeds. The power steering pump was made more durable via the use of magnets, which were installed to attract (and capture) debris in the power steering fluid.

Downstream from the engine, resonators were added to the exhaust system, which enhanced the tone of the car during operation.

With the newly designed rear bumper in place, the exhaust pipes were re-routed to exit just below the bumper (instead of cut into the rear fascia assembly as before.) Lastly, the alarm activator was relocated from the rear of the car to the driver side front fender.

New for the 1974 Corvette was one of the most bargain-priced performance packages of all-time. The Gymkhana Suspension Package (RPO FE7) cost a mere seven dollars, featured a higher-rate spring assembly and firmer, specially calibrated shocks. This setup – which had been introduced and used since the mid-Sixties as part of Chevy’s popular F41 Suspension Package – provided much improved handling on the 1974 Corvettes that were so equipped.

The F41 itself, which had begun with the Z06 racing option back in 1963, was still available as part of RPO Z07, and included the aforementioned suspension setup as well as heavy-duty brakes.

Don't miss your opportunity to own a piece of Chevrolet History

Looking To Sell Your Chevrolet Corvette? 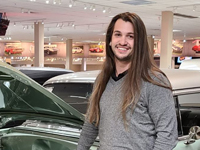 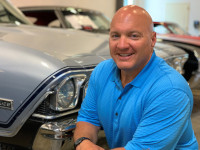